At Nurturing Mamas we held a Homeschool Diversity Week to tackle what we need to do to ensure our Homeschools are diverse for our children. We highlighted a few key areas below:

How diverse is your Homeschool? 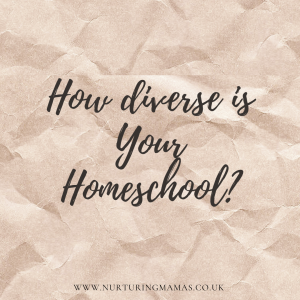 As a parent and an educator it is important you look at your curriculum, books, toys but it goes beyond this. Most importantly are you challenging yourself, your own cultural conditioning, your own bias you hold? As with everything related to raising and educating children, it starts with us! Here are some questions to think about:

Do you make a conscious choice to ensure your homeschool is diverse?

Reflect on your own experience (at home or school) what have you chosen to be the same or different.

How has your conditioning/culture affected the decisions you make for your homeschool?

We amplify and centre the voices of our black mamas – we see you, we hear you and we’re listening, learning and unlearning. We need to do the work offline, in our homes, families and communities. Now is the time to listen.

How diverse are your teaching materials? 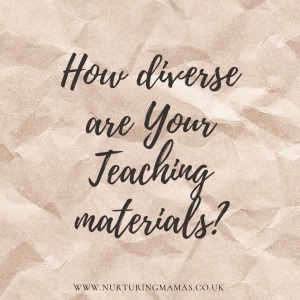 By this we mean everything – from the curriculum you choose or craft to the discussions you have with your children?⁠

Do we cover a wide range of topics to discuss, explore, research or are we going with whatever we already know. We understand passions and interest play a huge part in our Homeschools – but perhaps it’s time to broaden our horizons to the vast amount of knowledge we still don’t know. Or perhaps it’s time we challenged our social conditioning.⁠
⁠
As Homeschoolers we have the privilege and freedom to choose what our children learn. Will we give them a real picture of the world and history?⁠

Think about this – have a look through your curriculum, your picture books, video content, pictures, maps, toys, dolls, figures- all that gets included in your Homeschool – perhaps it’s time we unpick our own bias as we are the ones who bring the teaching materials into our homes.⁠
⁠
Let’s unlearn aspects we have been taught to create a generation that know and do better⁠. 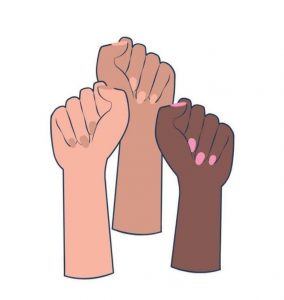 How diverse is your history curriculum? 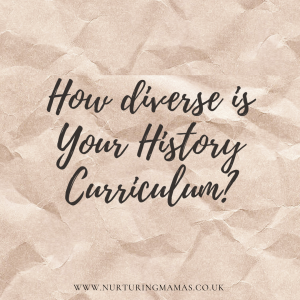 Much of what we know about History at schools is pretty much a Euro-Centric Viewpoint and a whitewashed version, one viewpoint and one side of the story!

A diverse History curriculum isn’t just covering the history of the World Wars, the Pakistan-India independence, Slave Trade and American Civil Rights movement – because these very nations that finally felt they were free from colonialism during these histories are in fact subject to that very discrimination especially today!

So with the freedom we get from our Homeschool – we have a responsibility to teach our children a balanced History of civilisations that go beyond slavery and colonialism. Black history didn’t start with slavery! The diverse Histories of the Africa, South Asia, Middle East and East Asia, Australasia and the Americas, goes beyond the discovery of these nations by Colonialists. In fact, every one of these civilisations had a Golden Age we were never taught about – perhaps it wasn’t as relevant but as people from diverse backgrounds and cultures we owe it to ourselves to read and find out about our own and others’ heritage and history.

Let’s unlearn what we need to, re-educate ourselves and stay equipped so we can empower our children. Here’s to raising the next generation that know better and do better.

Have you reflected on the history you’ve learnt and the History your children are exposed to?

“If African history was represented in a book of a 1000 pages, slavery would start on page 999” – Atlantis Browder 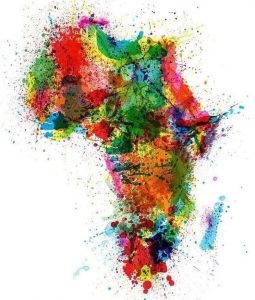 A few kings:⁣
⁣
Musa Keita I (Mansa Musa)⁣
Sundiata Keita (Mali) ⁣
Osei Kofi Tutu (Ashanti kingdom, Ghana)⁣
⁣
Below is a list of books for you to nurture and empower yourself and equip the next generation to know better! ⁣
⁣
1. Precolonial Black Africa by Diop, Cheikh Anta⁣
2. How Europe Underdeveloped Africa – Walter Rodney⁣
3. Things Fall Apart – Chinua Achebe⁣
4. They came before Columbus – Ivan Van Sertima ⁣
5. Muslims in the Americas and the Carribean from before Columbus to the present – Dr Abdullah Hakim Quick⁣
⁣
Some documentaries you can find on YouTube:
⁣
1- The Africans: A triple heritage – Ali Mazrui⁣
2- Africa: A voyage of discovery – Basil Davidson ⁣
3. History of Africa with Zaynab Badawi. ⁣
⁣
⁣
We’ve tried our best to ensure the recommendations aren’t Euro-centric or written from a orientalist point of view!⁣ We truly believe it is vital to begin teaching our children about the rich history of Africa instead of focusing on the slavery period that is usually taught at schools.
⁣

How diverse is your Bookshelf? ⁣ ⁣ 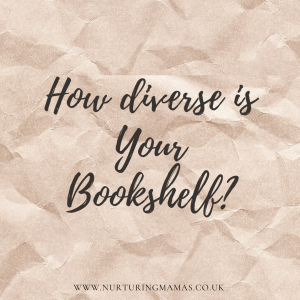 When it comes to books and reading, we want the best literature for our kids especially as books shape their ideas and thoughts growing up. ⁣
There is a plethora of of books in our libraries but the ones we actively need to find and pick out are those that are not readily available. ⁣
⁣
The books representing a variety of races are usually those that we don’t know about because they aren’t the ones featured. We need to start actively and intentionally ensuring our bookshelf is diverse for our future generations, for our selves, to hear the stories, perspectives and narratives of all races and cultures. ⁣
⁣
As well as ensuring your children’s bookshelves are diverse, please ensure yours are too! We’ve shared recommendations in the previous post. We say this because we can only give our children what we have and what we know. Your children’s books will spark great conversations – let’s ensure we are equipped and empowered to facilitate and encourage those conversations.

⁣Create some awareness by sharing your diverse bookshelf by using the hashtag #homeschooldiversity ⁣and encourage each other to begin beautiful questions and discussions with our children.

How diverse is your social circle? 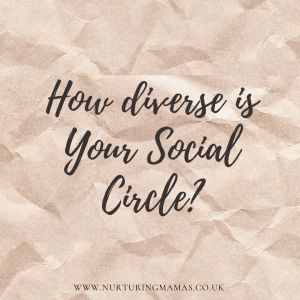 At Nurturing Mamas we feel this is a super important question to consider and explore. ⁣
⁣
Are you only surrounded by people that look like you? Do your children have ample opportunity to meet, learn from, be friends with and play with those that don’t look like them? ⁣
⁣
Are you breaking out of your comfort zone and widening your social circle? Does your social circle reflect the diversity you believe in? ⁣
⁣
Children learn how other people live and they learn to respect and appreciate those that don’t look like them. Being exposed to different cultures, languages and people allows us all to benefit from the rich and diverse world we live in and learn from one another! Be open to travelling to different neighbourhoods, areas, cities and countries! Think about the choices of media your children are watching. ⁣
⁣
Remember, your children learn about diversity and discrimination from you, making it important for you to be the best role model you can be 😁⁣
⁣

“O mankind, indeed We have created you from male and female and made you peoples and tribes that you may know one another. Indeed, the most noble of you in the sight of Allah is the most righteous of you. Indeed, Allah is Knowing and Aware.” Quran 49.13

Let’s internalise this and continue to actively unlearn, learn, listen and educate ourselves to actively be anti-racist, teach our children and the next generation as we make changes within ourselves and our homeschool!

We hope you have benefited alongside us in our #homeschooldiversity Week and blogpost. We thank you for sharing and interacting with us to make changes and new intentions and promises for yourselves and your family!

Any cookies that may not be particularly necessary for the website to function and is used specifically to collect user personal data via analytics, ads, other embedded contents are termed as non-necessary cookies. It is mandatory to procure user consent prior to running these cookies on your website.